Senator Mark Warner's Image May Be In Jeopardy

Though it's not yet official Democrat Mark Warner appears to have narrowly won re­election to the U­S Senate in a contest that was much closer than anticipated. Even in apparent victory, Warner's national brand may have been tarnished by his election night struggle against Republican Ed Gillespie.

For most of the past decade Mark Warner as been generally regarded as the most popular politician in Virginia. That's why almost everyone expected him to easily win a second term in the Senate against GOP challenger Ed Gillespie. It was anything but easy and the it's possible Warner could still face a recount. For a man seen as a serious contender to win a Vice­Presidential nomination in 2016 it was rude awakening that could move Warner lower on the V­P list as another Virginia Democrat moves up.

"The problem for him is that the other senator from Virginia may now the the more attractive option." That's Geoffrey Skelley, Associate Editor at Larry Sabato's Crystal Ball. And that other senator is Tim Kaine. If we're just kind of speculating here, if Hillary Clinton ends up being the Democratic nominee, if she runs and if she wins, which is a possibility, she might rather have Kaine, who speaks Spanish and who was very high on Obama's list in 2008 as a possible V­P choice."

That spot on the national ticket aside, if and when Warner is sworn in for his next term he and Kaine will find themselves on the minority side of the aisle as Republicans take over leadership of the Senate. Skelley sees that as a possible blow to Virginia's influence.

"Well I do think that based on the traditional view we have of influence and power in Congress having two senators in the minority instead of the majority is obviously nota good thing."

And that isn't the only factor that might undermine the Commonwealth's position in Washington.

Couple that with the fact that Virginia just lost a lot of seniority with Eric Cantor losing his primary, Frank Wolf retiring in Northern Virginia, Jim Moran retiring even though he was in the minority in the House, definitely a change for Virginia."

Skelley says the new political order could be problematic when it comes to competition for federal appropriations and looking out for Virginia's interests in Washington. 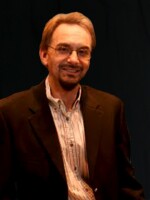