RC Poll: A majority of Virginians have a favorable view of Youngkin for the first time

A majority of Virginians have a favorable view of Governor Glenn Youngkin in new polling from Roanoke College.

The polling shows 51% of respondents have a favorable of the governor – the first time he’s garnered majority support in the school’s polling.

A lot of that support comes from Republicans – but the survey shows that his favorability increased slightly among Democrats and Independents as well.

President Joe Biden also saw a slight increase in favorability among those polled – up three points from the May survey to 41%.

A quarter of respondents said the country is headed in the right direction – another slight increase from May. Just over 70% said the nation is moving the wrong way – and while that’s high, it’s down from nearly 80% in the previous poll.

Just over half said Virginia is trending in the right direction, with 45% disagreeing. That's relatively unchanged from the May survey.

The polling from Roanoke College touched on several different topics. You can see them all here. 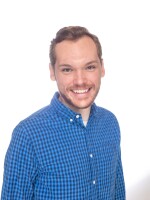