“So, I’m a Roanoke native, I was born there, raised there.”

And while growing up in Roanoke Lara Taubman was exposed to many genres of music.

“All that stuff had a huge impact on me. But I did not grow up in a house with generations of bluegrass players like so many.”

But when she started listening to that music, it affected her profoundly.

“And when I started writing music what got me out of bed to write songs was folk music, Appalachian music, the sound of bluegrass.”

She will bring that sound to the Taubman Museum of Art this weekend with her musical partner and collaborator Walter Parks.

“He was Richie Havens’ sideman for the last ten years of his life and he’s a really special artist. He’s singing some of his songs, I’m singing some of my songs, doing a few covers like Carter Family, covers like that as well as our own music. And so it’s now only a show, but it’s a show to show how we understand southern music and how it has inspired and helped us.”

Lara Taubman and Walter Parks present An Afternoon of Appalachia: Celebrating the Music of the South at the Taubman Museum of Art in downtown Roanoke. It’s a free show from two to four this Sunday. 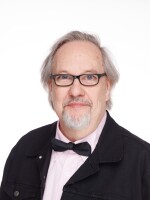