Kevin Sanders talks with Peter Leonard about the latest news with the Opera on the James and his new projects with the Academy Center for the Arts in Lynchburg and the Metropolitan Opera. 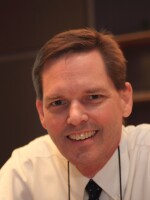 Kevin Sanders
Kevin Sanders has been with WVTF/Radio IQ as a member of our announcing staff since 2012, performing a variety of chores from filling in on Morning and Afternoon classics on WVTF to substituting as the afternoon/evening host on WVTF/RADIO IQ news programming. Since July 10, 2017 Kevin has been hosting his own classical music show on WVTF Music, "A Little Day Music".
See stories by Kevin Sanders
Related Content