After globe-spanning backlash for releasing a letter invoking the internment of Japanese-Americans during World War II in order to keep Syrian refugees out of the region, Roanoke Mayor David Bowers has apologized.

Mayor David Bowers says he stands by his statement calling to suspend the relocation of Syrian Refugees to the Roanoke Valley.  His referencing of the internment of Japanese Americans following the bombing of Pearl Harbor as justification, however, he apologized for:

“To you, our city. To each member of this council. And all my friends and supporters who have held me in the highest esteem, I want to say today that I apologize to all those offended by my remarks. No one else is to be blamed but me.”

Each City Council member addressed the issue, with many of them reprimanding the use of Roanoke City stationary in publicizing personal opinion without consulting councilmembers. Bill Bespitch said this acting alone isn’t uncommon of Mayor Bowers.

He says, “All six of us supported his bid for re-election four years ago. And he has repaid us by frequently beating his own drum, instead of leading our efforts to work collaboratively in addressing the needs of our community.”

A comment period followed with dozens of Roanoke residents voicing their reactions to the letter –many forgave Bowers, a few agreed with him, and several pushed for his resignation – such as Marissa Yi.

She says, “I am Asian-American and I am LGBT, and I’ve never seen an instance of hate until now in Roanoke. And I’m so ashamed to be here. Like I said, I do forgive you, but I do call for your resignation.”

In response to the letter and its backlash, delegate Sam Rasoul has organized an anti-terrorism, pro-humanity rally at the Unitarian Universalist church of Roanoke, slated to begin at 7 tonight. 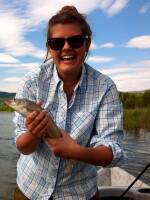